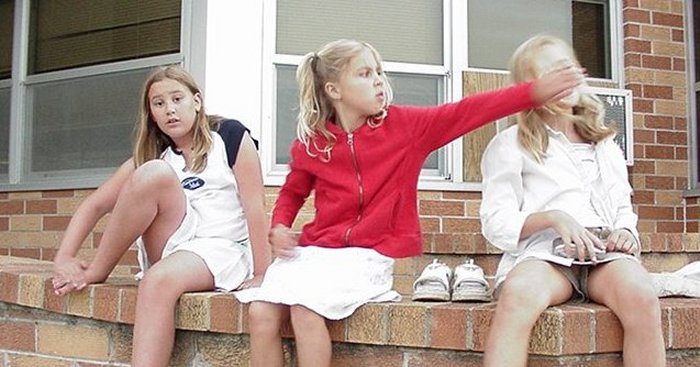 This post is a response to Daniel Mezick’s invitation to explain my position on “The Agile Imposition,” as posted on Twitter:

You're invited to explain your position on "The #Agile Imposition" to the entire world. Via a blog post, podcast, social media post or Youtube video. The goal is to advance understanding, in service to…PROGRESShttps://t.co/8T4PGqa6Y4#inviteorimpose #scrum #kanban pic.twitter.com/aw4PkHJ5ik

Here is what is being asked, as per Daniel’s blog post: “#INVITEORIMPOSE” at http://newtechusa.net/inviteorimpose/:

If you care whatsoever about this topic, here is your chance. This is your invitation to say something about where YOU stand in this issue of pushing Agile practices on teams without respect to what they want, what they think or what they feel about THAT.

You are invited to simply articulate your position, in public.

For, or against, imposing compliance.

For, or against, inviting participation.

This is an anecdotal response. Relatively speaking, I am an Agile newbie, especially compared to many of the people on the Twitter thread above. I work for a large company that is in the initial stages of an “Agile transformation.” The initiative for this has come from the top of IT. I am way down in the ranks. But it just so happens that I’ve had good experience on a Scrum team that was started two years before the big transformation. Now I’m sandwiched between this experience and what is coming down from the top.

I should mention one other fact about my work situation. There was an acquisition two and a half years ago. It’s been a rough merger with systems shut down, people laid off, other people shuffled around, many changes in management, many worries, and lots of bad morale. That is all underneath the imposition of the Agile transformation. Remember that line in the Manifesto about “individuals and interactions over processes and tools?” We got a lot of individuals under rubble yet.

Reading between the lines here, you can already see that I am not in favor of Agile being imposed on people. To Daniel’s point about “pushing Agile practices on teams without respect to what they want, what they think or what they feel about THAT,” there’s been no point at which we’ve been approached by someone saying, “This is what Agile is. This is how it works. This is a great way to deliver the right value to our business partners. This is what self-organizing teams are like and how they empower individuals. What do you think? Does this sound like it will work for your team? How would you feel about this?” We’ve just been informed that we have to be Agile now.

I don’t want to come across as being a disgruntled developer that is just criticizing the CIO. I have no idea what it’s like to manage a global corporate IT staff. I think the idea of IT being Agile is GREAT! I am all for it. I love it and I’m doing what I can at my level to promote it and help my colleagues understand it. But there are ways in which the imposition of Agile isn’t sitting well with people. It is that of which I am critical.

Management: “Since the mandate is that IT should be moving toward Agile, we are going to take this project over here and do it in an Agile way. We are going to use Scrum. So you five folks are now the Scrum team. Here’s a TFS board. Put some user stories in cards. Have a sprint planning meeting. Get stuff done in two weeks. Deploy it. Do it again. And give us estimates as to how long each card will take you and when the whole project will be done.”

Meanwhile, folks don’t know why they are working the way they are working. They have lots of problems because they don’t understand how things should work and the principles behind them. They feel pressure to complete work in two week increments. They feel disrespected because they had no choice or even input into the matter of changing how they are expected to work. They hear reports of how many teams in the department are now “Agile,” but they know enough to know that much of what is going on is NOT Agile. Yet they may not know enough yet to articulate the issue. Then it becomes kind of an inside joke between those team members, who quietly snicker to each other when “Agile” is mentioned during quarterly IT meetings.

I hate the thought of Agile being a joke because I love the potential for empowerment, purpose, and fulfillment it offers.

Here’s my positive Agile experience. My scrum team has done well at self-organizing, completing sprints as a team, working closely with stakeholders, and delivering done increments with focus and close collaboration. We had a manager who was our scrum master. He coached us, empowered us, and respected us as intelligent, skilled knowledge workers. He did so well that even after he left four months ago, our team is still functioning very well with no project manager.

But as I said, I feel sandwiched between that good experience and what is coming down from the top. It’s hindered me already. I had been working on arranging Scrum training for a few dozen people in my department. I compared prices, talked to instructors, did my due diligence. I had things to the point where our department manager only needed to pick the date for the class. Then his manager got wind of it and made us halt because the organization has partnered with a different training company. I talked to reps from that company along with our company’s VP who is overseeing the Agile transition. I told them I have people eager to learn. The higher ups wouldn’t approve because of budget concerns. It all lead to a dead end. But we are still expected to “be Agile” and practice Scrum. Just recently it was announced that IT leadership has decided that the entire organization will be practicing SAFe and JIRA has been chosen as the tool that all teams are expected to use. I responded that our team is already using different processes and tools while producing great value. Will we have to change because of the corporate mandate? I was told, “We’ll have to see.” It all leaves me feeling let down, left to my own resources to “be Agile” without the help of the people who are mandating that we have to “be Agile,” and disregarded as to the value of the team, processes, and tools we have already established.

There are lots of ways in which this transformation could be made better. And hopefully things will get better. But right now, people where I work are like the three girls* in the photo above: there are those that are confused like the girl on the left; there are those imposing Agile on the organization – the girl in red; and there are those being hurt. I am not in favor of imposition because I see and feel its effects. I strive to be an agent of change and a promoter of Agile values throughout my sphere of influence. It’s all I can do at this time.

(*The one in the middle is my daughter. And so is the one getting smacked. Thankfully, 14 years later they have grown to be peaceful young ladies.)

5 thoughts on “The Agile Imposition”