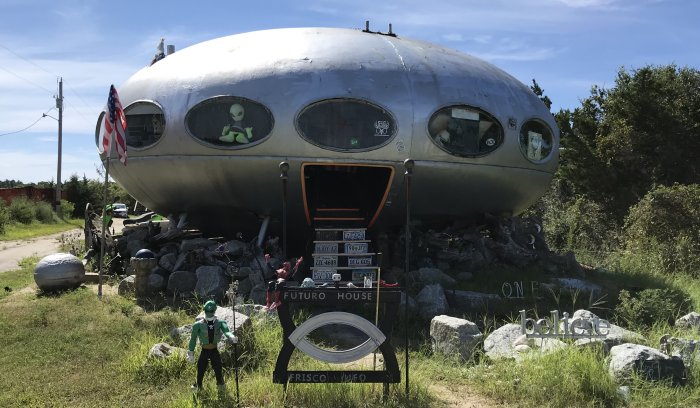 A few months back, on social media, I came across an article from Business Insider: “12 Books Elon Musk Thinks Everyone Should Read.” I was immediately intrigued by the list. Plus, I felt a bit of smugness seeing that Elon recommends two that I’ve read and love.

I figured the “Foundation” trilogy by Asimov would make a good summer read. So I got it from the library. It became my nightly before-bedtime reading material, sending me off to dream about space travel through an empire that embraced the entire Milky Way galaxy.

In regard to “Foundation,” Elon Musk is quoted as saying the following:

The lessons of history would suggest that civilizations move in cycles. You can track that back quite far — the Babylonians, the Sumerians, followed by the Egyptians, the Romans, China.

We’re obviously in a very upward cycle right now, and hopefully that remains the case. But it may not. There could be some series of events that cause that technology level to decline.

Given that this is the first time in 4.5 billion years where it’s been possible for humanity to extend life beyond Earth, it seems like we’d be wise to act while the window was open and not count on the fact it will be open a long time.

The premise of “Foundation” is that a galactic empire of the future is in decline, destined for certain ruin. This fits with Musk’s idea that civilizations move in cycles, something quite evident from what history of mankind we currently know. In the book, one super smart “psychohistorian” by the name of Hari Seldon uses mathematics to determine that the galaxy will enter a 30,000 year period of barbarism after the fall of the empire. However, Seldon also devises a plan whereby that period can be shortened to just 1,000 years. He establishes two Foundations to safeguard his plan, placing one at each end of the galaxy.

It is evident that Asimov’s story deals with the future of humanity and the concern of possible declines in our level of technology, to which Musk refers. Clearly we are in an upward cycle right now. Just look at the ever increasing rapidity with which technology is advancing. Think of how quickly the internet has become an integral part of our daily lives. Think of how most of us carry phones in our pockets, phones which are truly powerful computers. Look at how that very recent technology has changed human behavior so much that if you happen to leave home without your phone you almost don’t know how to function for the day. (Probably you will hastily turn around and go fetch your phone.)

But what IF some series of events causes a reversal in our technology? The most obvious event in our day would be a nuclear war. So let’s use that as the example. BOOM-BOOM-BOOM. The bombs go off. Everything is wrecked. Everything is contaminated. The power grid is destroyed. The internet no longer works. Your phone is merely a paperweight. MAYBE there are pockets of people who survived. Now what?

One of the Foundations in Asimov’s book was meant to preserve technical and mechanical knowledge. But even the members of that Foundation eventually realized that the technical knowledge that accumulated and built upon itself was more than any one individual could fully understand. Though they used advanced technical devices, most of them had no understanding how exactly they worked or how to make one. Will you know how to make your phone work again?

I have often thought about this. In the face of a dire catastrophic situation, I have very limited technical skills for survival. My phone would become a weapon to bludgeon an attacker or a pestle to grind whatever meager non-radioactive grain I might find. Then again, how would I know whether it was radioactive or not? Oh, I’ll quickly covert my phone into a Geiger counter. No problem. I’ll just Google it. In one way I am prepared for the loss of the internet: I have a sweet leather-bound set of encyclopedias. It’s a point of contention between my wife and me because the set is packed in three large containers in the basement. But I remind her, when the internet goes down, I will be the man with all the knowledge. Please note, there will be a charge for this knowledge. That’s how I intend to have enough grain to eat.

Here’s another thought in regard to the cycle of human civilizations. How do we know that we are currently at the most advanced point of human civilization? We are at that point as far as we know based on what recorded history we have and what we have learned from archaeology. But if it has taken 4.5 billion years to get here, as Elon said, how do we know this is the only time we have been this advanced? How can we be sure that the historical knowledge we have is the only knowledge? What if humans have been this advanced or beyond at some point in that 4.5 billion year history and we just haven’t seen any record of it?

Three times in the past 100,000 years, glaciers have scraped New York clean, and they’ll do so again. The mature hardwood forest would be mowed down. On Staten Island, Fresh Kills’s four giant mounds of trash would be flattened, their vast accumulation of stubborn PVC plastic and glass ground to powder. After the ice receded, an unnatural concentration of reddish metal—remnants of wiring and plumbing—would remain buried in layers. The next toolmaker to arrive or evolve might discover it and use it, but there would be nothing to indicate who had put it there.

– Earth Without People by Alan Weisman in Discover Magazine, February 06, 2005

Now consider: What if that has happened more times than we know, completely grinding away evidence of former civilizations?

The thought of losing our level of technology is scary. My encyclopedias offer a meager hope. But they probably can’t survive a glacier, despite their high quality leather covers for which I paid a bundle in 1989. One can only hope there is a Hari Seldon with a plan and a Foundation to preserve it, as per the Prophet Asimov.

One last thing about the book. I cried at the end. The last line surprised me so much! I was as surprised as Ebling Mis when he figured out the location of the Second Foundation. The ending made me so happy! It was so right! And it was right under my nose for days as I finished the last section of the book.

One last thing on Musk. He said, “Given that this is the first time in 4.5 billion years where it’s been possible for humanity to extend life beyond Earth, it seems like we’d be wise to act while the window was open and not count on the fact it will be open a long time.” It seems a little corny to me that one of the first things he did was to launch a Tesla car into space. It’s just litter. It’s the equivalent of tossing a soda can out of a car window while driving through a pristine nature preserve. “Hi, I’m from a civilization that took 4.5 billion years to become this advanced. Let me toss this piece of junk out in space. Cheers! – Elon.” I have more respect than that for Elon. He’s a trailblazer. But it does seem like littering.